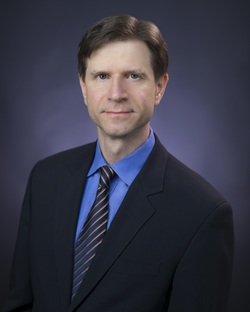 Since running his own research and analytics consultancy (Craig Jaffe Research & Analytics 360), Craig has provided over 750 analyses to clients. He helps marketers and agencies activate consumer purchase behavior, and enables media companies to increase their audiences and advertising sales. The consultancy advises how consumer trends, behavioral shifts and attitudinal dynamics can be leveraged and monetized.

While consulting, Craig has also actively engaged with the industry in the following areas: developed a new open-source methodology for collecting and reporting social audience analytics; presented on best research practices as a conference speaker at the Advertising Research Foundation (ARF); prize winner of Columbia University's small business pitch competition for his consultancy; published as an industry commentator in The New York Times, Forbes, and trade press; and presented to Standard & Poor's Rating Service (the S&P) on the use of media research for financial analysis.

Prior to starting his own consultancy, Craig worked at Univision, an American media company serving the Hispanic market. He was hired to establish a Client Insights / Project Management function and used his research to increase revenue across all platforms including the largest Spanish-language digital platform, national broadcast television network, local station group (TV and radio), and cable network in the United States. His research was part of the company's turnaround strategy that helped add 93 brands to the company's client roster and increased upfront ad sales by +14%.

Before being recruited by Univision, Craig worked at Gemstar-TV Guide (TiVo/Rovi) where his research was used to help the company launch and monetize four digital and television platforms. These included TV Guide IPG, TV Guide Online, TV Guide Network, and the TV Guide Awards and Specials franchise that ran in primetime on ABC, Fox, VH1, and the Food Network.

Preceding this move, he worked at Zenith Media (Publicis) where his research accomplishments helped contribute to the success of the advertising agency when it launched in the United States. Craig began his career at Young & Rubicam (WPP), another advertising agency, where he specialized in Media Research. At both agencies he supported media buying and planning by accurately forecasting the success and failure for nearly 1,000 TV programs. This enabled Zenith and Y&R to negotiate improved targeted buys and better rates for commercial time on behalf of a large portfolio of blue chip marketers (Zenith management gave him the nickname, "Commissioner," a sports moniker referencing his successful forecasts of sports media audiences).

He discovered his interest in qualitative and quantitative research at age 11 when he began analyzing Nielsen ratings by way of his father's encouragement. Immediately after graduating with honors from the State University of New York at Albany, he began working in the technology, media, and telecom (TMT) sector. His father and early mentor (Gerald M. Jaffe of NBC) retired several years prior to Craig's start in the business.

Craig is a three time social media "Top Influencer," presents at industry events, and is trained in Six-Sigma protocols. He has also passed course work in Data Science through Johns Hopkins University.